More consumers are enrolled in the Health Insurance Marketplace for 2016 compared to previous years. 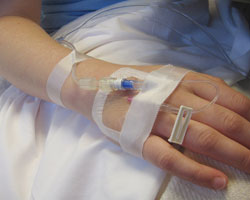 MANHATTAN, Kan. – According to the Health Insurance Marketplace, more than 12.7 million Americans signed up for a health insurance plan for 2016 during the marketplace’s open enrollment period that ended Jan. 31. This number includes more than 4 million new enrollees.

More than 100,500 Kansans were among those who enrolled in the marketplace, up from about 96,000 enrolled at this time last year.

Roberta Riportella, Kansas Health Foundation professor of community health at Kansas State University, said as the year goes on, the enrollment numbers are expected decrease slightly, because enrollees must pay the monthly premiums and some must also submit additional paperwork to be considered insurance policy holders.

“We expect to lose some, but these initial numbers for people who went to the marketplace are encouraging,” said Riportella, a health insurance specialist for K-State Research and Extension. “At least 80 percent of those people qualified for assistance in paying for their premiums, which makes the plans much more affordable.”

Since 2014, nearly all Americans are required to have health insurance. The Affordable Care Act, which made having health insurance mandatory, outlines a few exemptions. These could include certain hardships, financial status, life events and membership to some groups.

Enrollment numbers in the marketplace have continued to generally go up nationwide and in Kansas, Riportella said, for a variety of reasons.

“There is a greater awareness that there is an insurance marketplace where I can go ‘shopping’ for insurance that my neighbors and family members are using. It didn’t blow up. It didn’t go away. It wasn’t repealed, and it seems to be a fairly stable way for me to get insurance for myself and my family members,” she said. “Another reality is the fines for not being insured that people experienced for the first time when they filed their 2014 tax returns.”

Options outside the marketplace

Consumers who did not enroll in the marketplace before the Jan. 31 deadline may have other options to meet the nine-month requirement for health insurance coverage in 2016. Options available now typically have certain requirements for consumers to meet to enroll in coverage, but Riportella said some people still might have more than one option.

Because having health insurance is required for nine months of the year, consumers could still be within the legal requirements if their plans begin by April 1, Riportella said.

In addition to avoiding a tax penalty, having health insurance encourages appropriate and timely use of medical care while it protects against extraordinary financial risk, she said.

Medical expenses are a leading cause of personal bankruptcy, she said, so having health insurance protects families against that risk. Plus, families are better able to plan for medical expenses, and can budget for the premiums and out-of-pocket expenses of their plans.

To learn more about how to enroll in the marketplace or KanCare, call the marketplace, available 24/7, at 800-318-2596. People who think they meet special enrollment criteria should contact the marketplace. The Kansas Health Institute also has numerous resources on its website.

Read more about issues in health reform on Riportella’s blog.

The Affordable Care Act made it possible for consumers to purchase health insurance without being denied due to one or more pre-existing conditions, said Roberta Riportella, Kansas Health Foundation professor of community health at Kansas State University and K-State Research and Extension.

Financial assistance in the form of premium tax credits makes the policies in the marketplace more affordable for those who fall between 100 and 400 percent of the federal poverty level, or FPL. Eligibility for cost-sharing subsidies on Silver plans, or middle-tier plans, bought on the marketplace is available to those whose annual income lies between 100 and 250 percent of the FPL.

Another health insurance option for low-income individuals and families is Medicaid, called KanCare in Kansas, but eligibility is limited. Currently in Kansas, KanCare is available to low-income U.S. citizens and lawfully present immigrants who are over 65, under 18, or disabled. Children and pregnant women might be eligible for KanCare if their household incomes are less than 245 percent of the federal poverty level.

In 32 states, Medicaid expanded to include individuals under 138 percent of the FPL, so more people could be insured in that program, Riportella said, but in the 18 states that have not expanded, including Kansas, there is a lack of affordable options for health insurance. These people fall into a “gap,” as they cannot afford insurance on their own, are not eligible for assistance in paying for marketplace plans and are not eligible for Medicaid (KanCare) enrollment.

“We are enrolling lots of people who are eligible (for health insurance) in the marketplace, but we have about 100,000 low-income people in our state who would otherwise be eligible for Medicaid,” Riportella said. “Almost half of those, 49,000, are under 100 percent of the federal poverty level and aren’t eligible for financial assistance to pay for premiums and out-of-pocket costs if they were to purchase a plan in the marketplace. These folks are in what we call the ‘gap.’

“This is because the law strongly encouraged states to expand their Medicaid programs to cover those with incomes less than the federal poverty level,” she continued. “So unless we expand Medicaid to include these folks, or have some type of program to insure or deliver care to those in the ‘gap,’ Kansas will be stuck where we are right now at about 14 percent of our population being uninsured.”

The gap affects not only individuals and their families, but also affects the communities in which they live, Riportella said. People without insurance seek care under more dire circumstances, and uninsured consumers who seek late care for perhaps greater health care needs raises the cost of care for all.