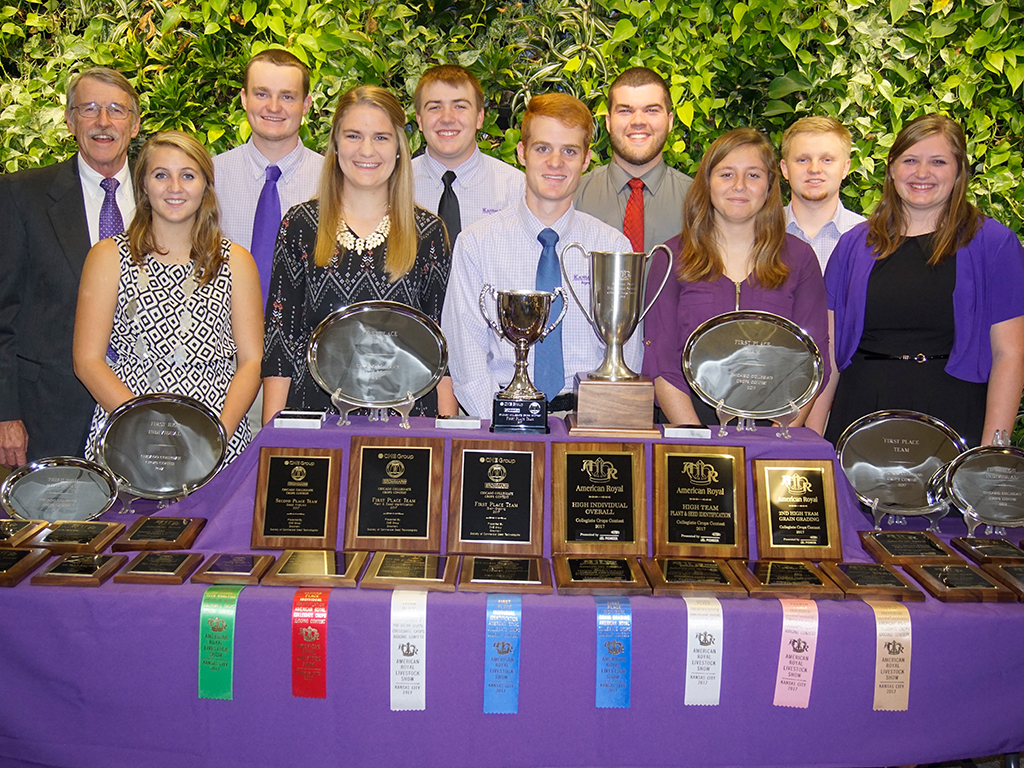 University has won 15 of the last 19 national championships

In both contests, the K-State team took first place in the plant and seed identification phase of the contest and placed second in seed analysis. In grain grading, they were first at Chicago and second at Kansas City.

The team was coached by Kevin Donnelly, K-State professor of agronomy.  Sarah Zerger, agronomy senior from Cheney, was the assistant coach.

In the contests, participants are required to identify 200 different plant or seed samples of crops and weeds; grade eight samples of grain according to Federal Grain Inspection Service standards; and analyze 10 seed samples to determine what contaminants they contain.