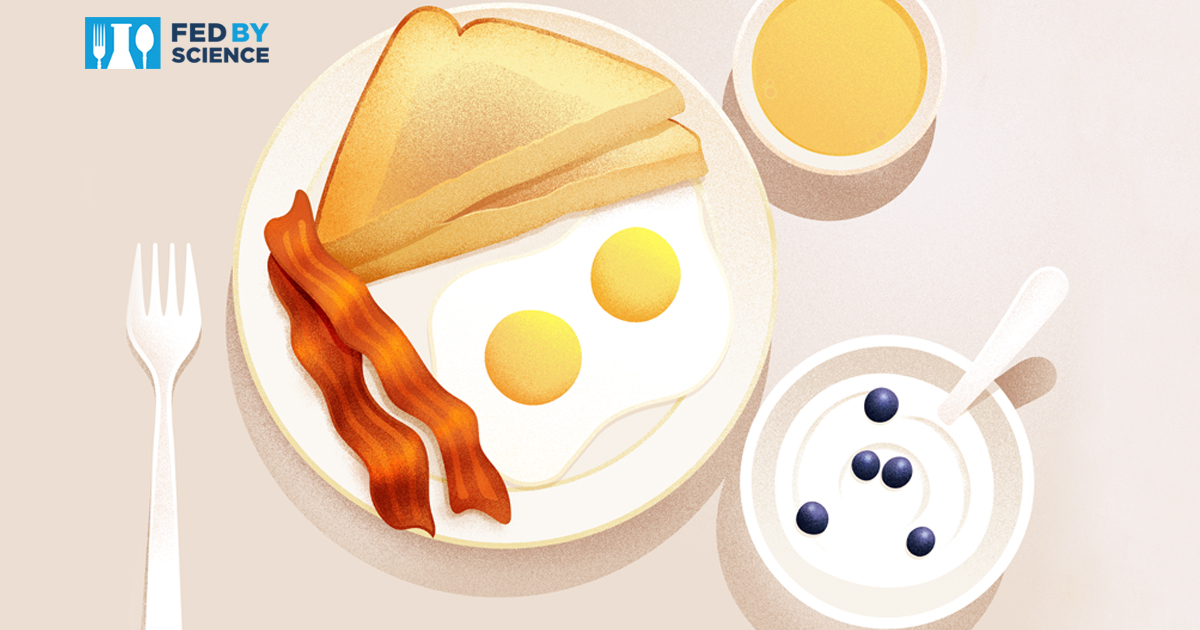 One of the ways the new, multi-institution initiative FedByScience aims to communicate the value of agricultural research is by showing the direct connections to our plates.

The initiative, timed with the release of the 2018 House Farm Bill, focuses on demonstrating to the public and policymakers the many ways that USDA-funded universities and researchers are creating a safer, healthier and more productive food system.

“From Kansas State University’s founding in the time of the Civil War and every day since, our mission has been to support the many aspects of food production through our research, education and outreach,” said John Floros, dean of the College of Agriculture at K-State and director of K-State Research and Extension. “Our global research footprint and strategic partnerships ensure we have the best minds in the world focused on what most helps farmers. But so much work must be done if we are going to safely, economically and sustainably keep up with demand. For that, we need awareness from lawmakers and support from food consumers – which is everyone.”

FedByScience launched with two briefings for Senate and House of Representatives staff members. The effort tells stories in which scientific discoveries and innovations have improved the way food is produced and distributed.

K-State’s contributions highlight research on improving the safety of the nation’s beef supply; improving wheat genetics; advances in the efficient, profitable and healthy production of swine; and preventing crop diseases.

The FedByScience website offers visitors several ways to discover how university research affects their own food supply. One way is to learn about different food sources that contribute to what ends up on their plates at breakfast, lunch and dinner.

“Access to safe, nutritious food and a healthy environment is a fundamental human right,” said Kathryn Boor, FedByScience co-chair and The Ronald P. Lynch Dean of Cornell University’s College of Agriculture and Life Sciences. “There is no issue of greater importance for our experts in the agricultural and food sciences and few more deserving of federal support”

“U.S. farmers are confronted by turbulent commodity markets, extreme weather, and an uneven economy,” said FedByScience co-chair and University of Nebraska-Lincoln Chancellor Ronnie Green. “A stronger investment in agricultural research can provide the science and innovation that farmers need to navigate these obstacles. Universities are now joining together to ensure that our stories about the value of food and ag research are heard.”

The agriculture and food production industries are facing considerable challenges today. Wheat farmers face worsening challenges from drought, heat, diseases and pests. To understand, at the genetic level, what can help make wheat more resilient and resistant, K-State researchers and others have deciphered the 10 billion letters of genetic code of an ancestor of wheat called wild emmer. Wheat breeders have cross-bred various relatives of wheat to foster beneficial traits for many years, but with this new wild-emmer data, they can identify the beneficial genes faster and more precisely, giving them much better likelihood of breeding wheat varieties that can thrive in increasingly tough conditions.

“Our global research footprint and strategic partnerships ensure we have the best minds in the world focused on what most helps farmers. But so much work must be done if we are going to safely, economically and sustainably keep up with demand. For that, we need awareness from lawmakers and support from food consumers – which is everyone.”

— John Floros, dean of the College of Agriculture at K-State and director of K-State Research and Extension.

FedByScience is a collaborative initiative among universities to raise the visibility of the value of federal investment in food and agricultural research. FedByScience’s online collection of success stories highlights cutting-edge science that connect to the concerns of everyday Americans.

The SoAR Foundation leads a non-partisan coalition representing more than 6 million farming families, 100,000 scientists, hundreds of colleges and universities as well as consumers, veterinarians, and others. For more information, please visit the SoAR Foundation website.