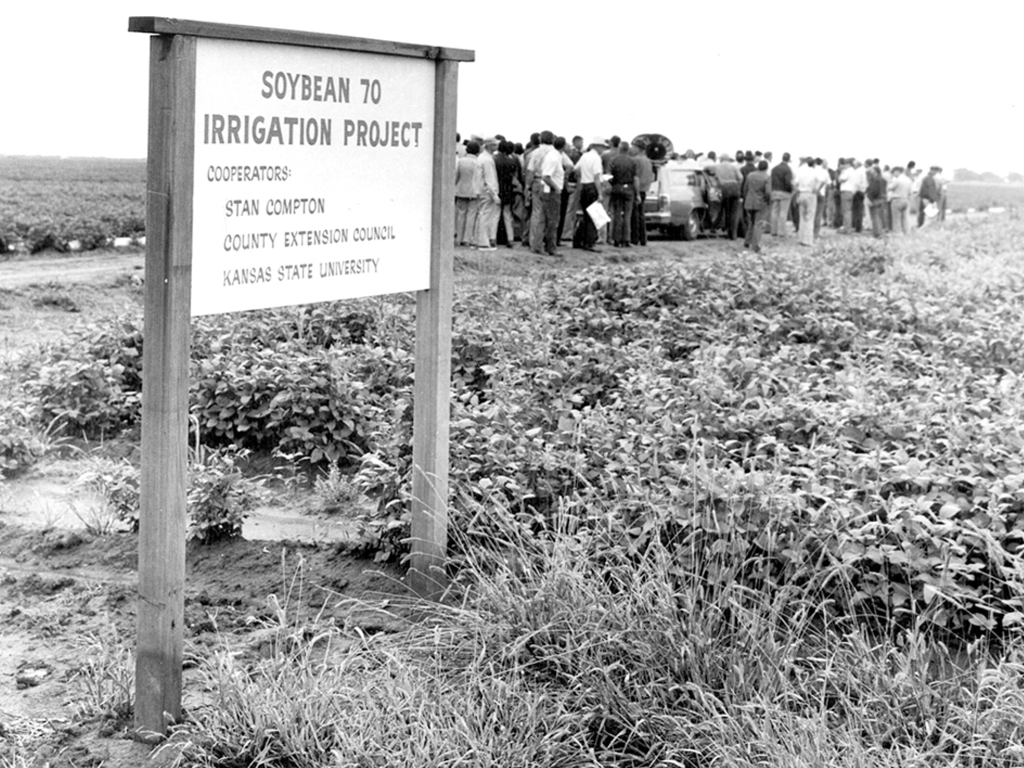 Irrigation Field Day at Kansas State University, 1980s. While some research projects end after two or three years, some can go on for decades. Photo by Bill Sullins. | Download this photo.

MANHATTAN, Kan. — Back in 1971, Idi Amin seized control of the African nation of Uganda. The 26th amendment to the U.S. Constitution lowered the voting age to 18. Norman Lear’s “All in the Family” debuted on CBS. And in a crop field near Topeka, Kansas State University researchers established a soybean fertility study that is still going strong today.

Long–term experiments and studies are common in the field of agricultural research (no pun intended). Even a human that lives to 100 years of age is barely noticeable to a crop field that has been growing and nurturing food for one species or another, for perhaps thousands of years.

“A lot of this was about answering farmers’ questions,” he said “That was what got this started. We secured funding from a few different sources, but the large part we just kind of kept it going because we thought it was valuable for the farmers in our area.”

Granted, 48 years is a long time, but the University of Illinois at Urbana–Champaign established their Morrow Plots in 1876 – they are the oldest agricultural experiment fields in America. The world record belongs to the Broadbalk Wheat Experiment at Rothamsted Research in the United Kingdom, established in 1843.

The research supervised by Adee focuses on three key fertilizers: nitrogen, potassium and potash. Corn and soybeans are rotated annually, with lots of soil measurements taken at regular intervals.

“We're looking at various combinations, trying to find the proper balance of these fertilizers over time,” he said. “Some of that's been changing as our yields have been increasing over time. A long-term study like this allows us to look at changes, and their progression.”

“For example, do we need to add more fertilizer just to keep up, or are the hybrids we’re planting today more efficient than what we were planting 30 and 40 years ago?” 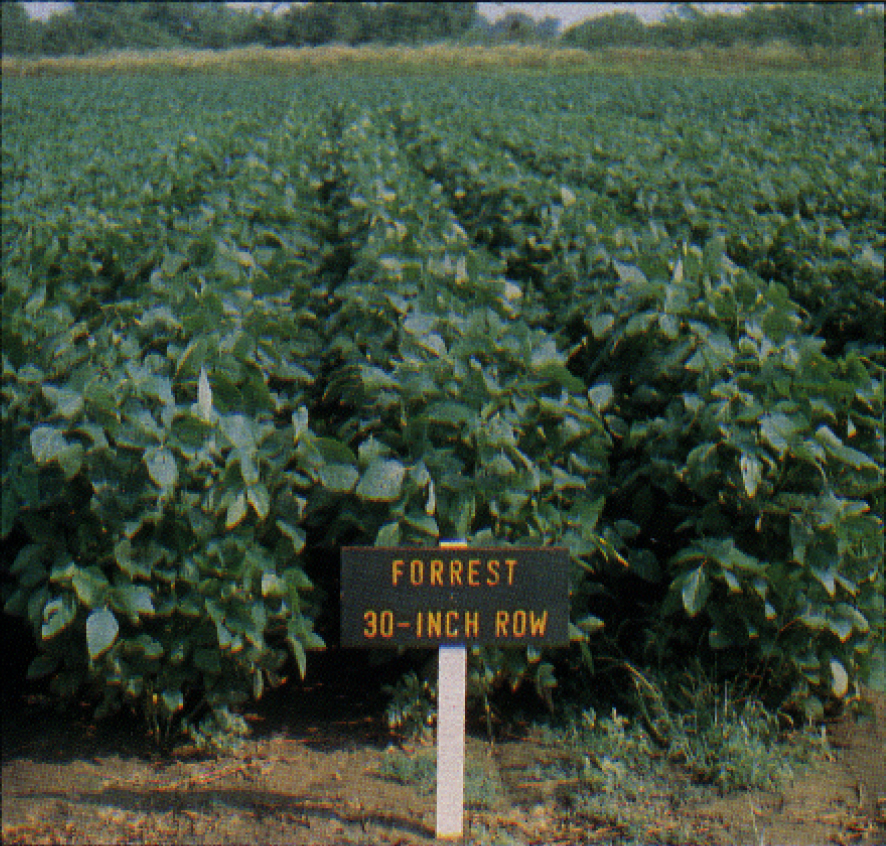 A soybean field at the Southeast Kansas Branch Station. Exact date and photographer unknown, but photo was originally published in 1985. | Download this photo.

About 200 miles to the west, at K-State Research and Extension’s Agricultural Research Center in Hays, director Bob Gillen says they, too, have some long-term research fields.

“We have some trials that were started in the 1970s and have been going continuously ever since,” he said. “They relate to tillage management and the use of no-till crop production. Out in Tribune we have some plots that are at least 45 years old, studying nitrogen fertilizer.”

Many of us probably had that grade school experience of sprouting a bean in a Styrofoam coffee cup filled with soil. As an adult you may sprout your own tomato and pepper seedlings down in the basement every spring. What grows in the soil happens in the blink of an eye, compared to how soil itself changes, over time. Gillen says with soils, particularly, it may take decades before changes really reveal themselves.

“If we only did the research for two or three years and said ‘Well nothing's happening we'll switch to something else,’ we would miss a lot of long-term trends,” Gillen said. “And those long-term trends are really more common than the short-term trends.”

More common, but also more expensive. Researchers like Adee and Gillen would like to have more long-term research, but the benefits come with a bigger price tag. When grant money from one source runs out, there can be a scramble to secure additional funding from somewhere else. “These long-term studies are very valuable, but they cost a lot to keep going,” Adee said. “That’s why a lot of them aren’t continuing.” 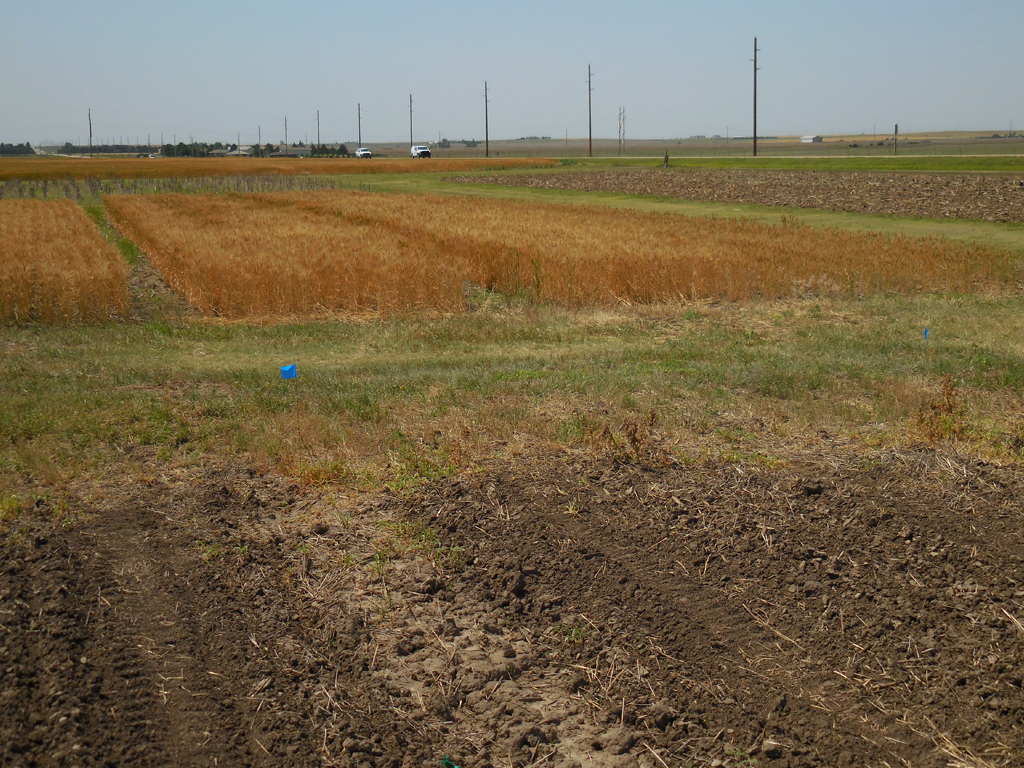 Some of the long-term research plots at the K-State Research and Extension’s Agricultural Research Center in Hays. Photo by Bob Gillen. | Download this photo.

Gillen points out that what he and his colleagues do is different from other kinds of research.

“You look at some of the basic research done at K-State, in the laboratories – the very detailed genetic or very detailed chemistry – that not only takes a while,” Gillen said, “but once we learn those things, it still takes time to work them into the production system.”

“What we're doing – whether it’s better rates of fertilizer or a more efficient method of irrigation – those things can be picked up almost immediately and put into practice by the producers.”

If these improvements are put into practice by producers, and followed consistently, real long-term benefits can be realized. Financial consultants frequently tout the benefits of consistent saving or investing over the long haul. In much the same way, good soil and fertility practices today can pay dividends to the next generation of farmers. Adee says long-term research results bear this out.

“Looking at yield following a harvest, that's pretty easy to look at, but when we're monitoring the nutrient levels in the soil, some of those don't change real fast,” Adee said. “It takes a long-term history to know what you’ve put into the soil, what the crop is taking out or what you've lost through denitrification. You can begin to see trends over time that you might not see in just a short two- or three-year study. When you look at multiple years of data, you might be able to say, ‘Yeah that did pay off, I do have this reserve built up that will get me through tough times.’”

“That’s a benefit that’s hard to see in two or three years of data.” 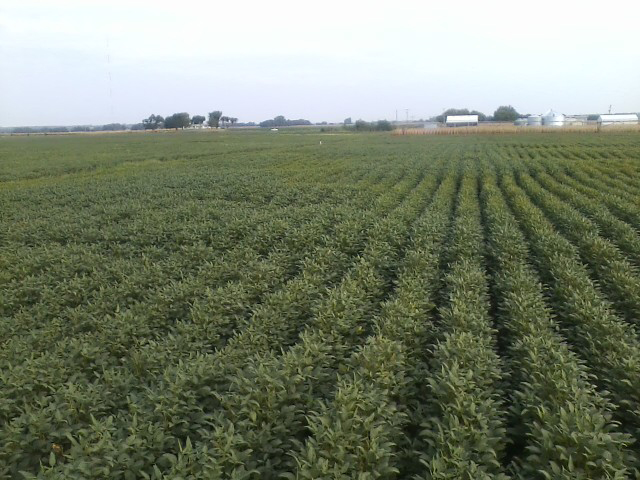 One of the fields in the long-term fertility study at the Kansas State University Agricultural Experiment Fields, Kansas River Valley. Photo by Eric Adee.

From field to fork

Agricultural research may be geared towards farmers and ranchers, but just as a rising tide raises all boats, consumers also benefit from it.

Farming and ranching are careers, lifestyles, even vocations – but first and foremost, they are businesses. Like any other business, those that turn a profit survive, even thrive; those that do not profit don’t last. One of the basic goals of all agricultural research is helping producers do more with less. Just like the convenience store or the hair salon, it’s about maximizing revenue and minimizing expenses.

Adee adds that there’s a benefit to the environment, as well. “When fertilizer was cheap farmers would just pour it on, ‘more is better.’ Now we’re more conscious of the environment and – partially driven by the economy because fertilizer is more expensive – that reduces the amount of fertilizer leaving the field ending up in streams or groundwater or polluting the environment,” he said.

Bob Gillen, director of K-State Research and Extension’s Agricultural Research Center in Hays, says the focus of research has shifted from maximizing production, to reducing expenses. This change in research priorities is another benefit of long-term research.

“More than 100 years ago, the federal government and the state governments developed these series of state experiment stations with the idea that we wanted to put agriculture on a firm scientific footing,” Gillen said. “Because of that long-term sustained effort, we now pay a smaller proportion of our income for food than just about any developed country in the world.”

“Because we have continued to improve the productivity, the efficiency of our agricultural production – that's probably the way that our work would most directly impact consumers.”

While some research projects are completed in two or three years, it’s the studies that stretch into decades that reveal patterns and changes that are especially meaningful.

“What we're doing – whether it’s better rates of fertilizer or a more efficient method of irrigation – those things can be picked up almost immediately and put into practice by the producers.”

The Department of Agronomy at Kansas State University publishes an annual report of field research in July or August each year. The publications are distributed by K-State Research and Extension. The most-recent reports are listed below.