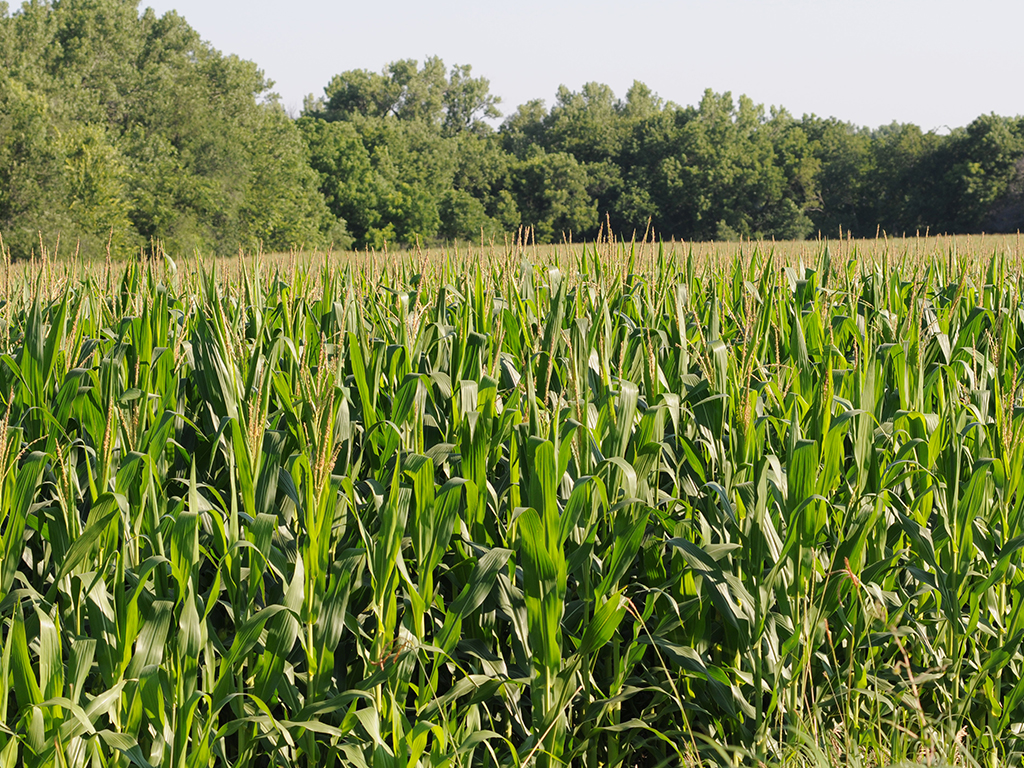 A study of 35 years of corn yields and climatic data in eight states indicates that technologies such as genetic engineering may help offset the effects of climate change.

MANHATTAN, Kan. – Count Kansas State University agricultural economist Jesse Tack among those who recognize unique challenges created by the world’s rising demand for food and changing climates across the globe.

Tack and Ariel Ortiz-Bobea of Cornell University recently published a study in the journal, Environmental Research Letters, looking at the impact of climate change on corn yields in eight Midwestern states.

The study shows pretty clearly that corn varieties improved by modern technology have an upside for overcoming emerging climate-change concerns.

The researchers paired 35 years of climatic data with United States producers’ adoption of genetically engineered (GE) corn to find out if incorporating a new technology can offset the effects of higher temperatures and other weather impacts.

These and other technologies “may be a fruitful strategy for counter-balancing climate change,” according to the researchers. Recently developed genetic engineering techniques, such as CRISPR, are likely to play a large role moving forward.

Tack said there is more work to be done to understand potential effects with other agricultural crops and in countries where GE crops are accepted.

“The hope is that this is not just a one-time, one-shot technological gain,” Tack said. “We think we can continue to press the envelope and continue to innovate and improve crop yields.”

GE corn is thought to produce higher yields, and in 1996 – when U.S corn producers were first adopting varieties with these improved traits – that certainly held true. Tack said the study showed yield trends increased by nearly 70 percent during the rapid adoption period, from approximate gains of 0.94 percent per year prior to 1996 to 1.6 percent afterward.

“It’s really convenient when you have (a crop) that is highly produced in the U.S. across a wide range of locations and been produced for a long time,” Tack said. “That gives us a big enough data set that we can make estimates that we can feel comfortable with. And if that coincidentally is a crop that is pretty important from a global standpoint, you kind of have a nice mixture of this being something that is worth studying and you have the data to do it.”

Tack noted the study looked at corn yields from 1981 through 2015 in eight states and 500 counties. Then, looking at climatic conditions for those same years, the researchers built trend lines that gave them a better idea of how weather conditions affected yields before and after adoption of GE corn.

“The reason it got interesting is because if you had a string of good-weather events coinciding with the adoption of the GE crop, and you didn’t control for those factors in your analysis, you might end up saying, GE is just gangbusters,” Tack said.

On the other hand, “you might have really bad weather that coincided with GE adoption,” which could skew the impacts in the other direction, he said.

“You have a big debate in the research literature about whether GE adoption is even associated with yield gains,” Tack said. “Previous work that I was part of with Jayson Lusk at Purdue University and Nathan Hendricks at K-State suggested that if you don’t control for weather, you get that answer really wrong.”

Tack noted the current study assumes average weather during the growing season and  acknowledged that technology alone is not the answer to increasing yields in changing climates. Producers tend to adjust their management strategies based on weather or other climatic factors.

“We are not saying anything about increased probabilities of very severe droughts nor extreme events,” he said. “We’re always talking about an average growing season in terms of temperature and precipitation over the last 20-25 years, and then we’ve got these climate change models that will tell us how the temperature and the precipitation will change for an average growing season.”

A study of 35 years of corn yields and weather data in eight states indicates that genetic engineering and other crop-related technologies may help offset the effects of climate change.

“The hope is that this is not just a one-time, one-shot technological gain. We think we can continue to press the envelope and continue to innovate and improve crop yields.”