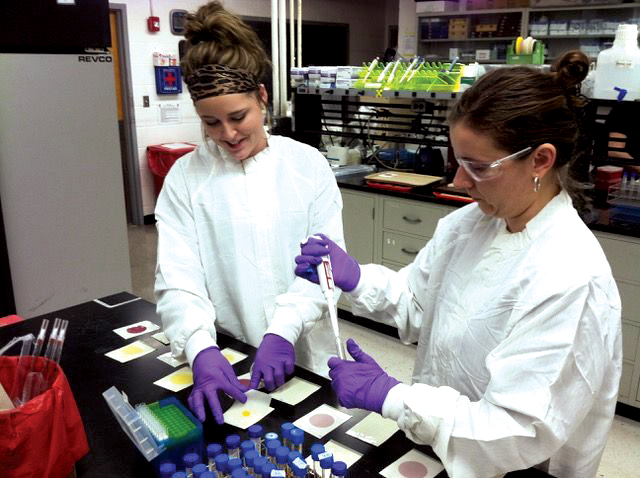 Six college majors you’ve never heard of (but should know)

MANHATTAN, Kan. — For students looking toward a future in which “career” is an evolving concept, finding an in-demand, meaningful major has never been more important.

The search for a good fit among the array of majors and career paths isn’t always easy or obvious, but there are opportunities in places some students wouldn’t think to look.

Many high school and college students assume that a major in agriculture means growing crops or raising livestock, and while there are opportunities in those areas, there are others that are less obvious but with great career potential, said Shannon Washburn, assistant dean of academic programs in Kansas State University’s College of Agriculture.

“I didn’t even know it was a thing,” Rennell said of the Bakery Science and Management major at Kansas State University. Originally from Olathe, Kansas, he started as a business major at K-State. A conversation with a fellow rowing club member who happened to be a senior in bakery science led to a shift in direction for Rennell. The 2018 graduate now works for Bimbo Bakeries USA, a part of Grupo Bimbo, the world’s largest bakery which produces such well-known brands as Sara Lee, Orowheat, Thomas English Muffins, and Entenmann’s.

Rennell started on Bimbo’s transformation team in Houston, Texas, and St. Paul, Minnesota, learning about lean manufacturing to help standardize processes and reduce waste. He is transitioning to a production supervisor position in Rockwall, Texas, this spring.

He said he’s thankful to have learned about one of the lesser-known college majors, but one in his view that should be on more students’ radar. He also encourages students to seek out internships while in school, to help determine what direction they want – or don’t want – to go.

Here are snapshots of six college majors worth checking out.

“Bakery Science and Management graduates have 100% job placement when they graduate,” said Brenda Heptig, academic programs support coordinator in the K-State Department of Grain Science. She noted that within a few years, graduates often make $60,000 to $70,000, with potential to move into six figures.

Many grain science students receive two or three job offers and have a position lined up early in their senior year, Heptig said.

“We’re unique – kind of the unicorn in agriculture: K-State offers the only bachelor’s degrees in bakery, feed and milling science,” she added. “Most people hear about us through alumni and industry friends. People tend to think of ag as farming the north 40 and food as the finished product they buy in between. We deal with post-harvest grain, taking the raw product and processing it into something that can be used to make food or animal feed.” 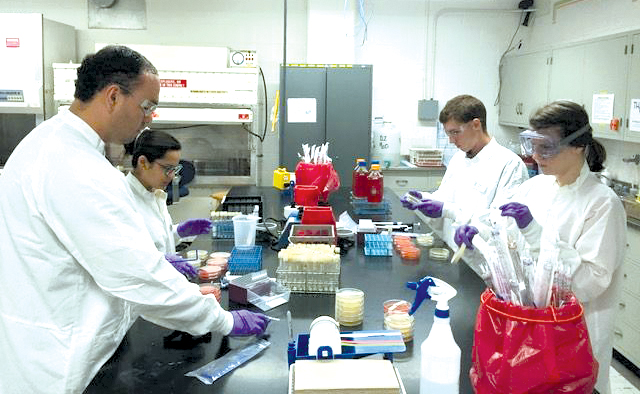 “Jobs are plentiful in the food manufacturing sector, but also in the many allied industries such as flavorings and ingredients, processing equipment, sanitation technologies, inspection and auditing, and trade association work,” said Randy Phebus, professor and interim director of K-State’s Food Science Institute.

Students can choose a business or science option. The business option requires some science, but also such classes as leadership, communications, management, marketing and economics. The science option appeals to students who like STEM fields of study, such as microbiology, chemistry and engineering. Students in that option meet application requirements for professional schools, such as medical, veterinary or dental school.

Phebus said some think of food science as jobs in restaurants or food service, and are not aware of the sophisticated science, regulations and business practices that go into producing consumer goods from raw agricultural products. Others may see it as only agricultural, but it really should be viewed as an “applied STEM” field where you can apply genomics, biotechnology, nanotechnologies, biochemistry and consumer sciences to feed the world.

Phebus’ own career is an example of the many options available to food scientist. Long before he earned a Ph.D. and became a professor, he started out working in supermarkets as a teenager. Along the way he interned with M&M Mars and was a co-owner of a commercial food analysis company.

Growing up in Plainville, Kansas, Alexandra Walters considered a career in social work, but decided early on to teach about agriculture. A 2018 graduate of K-State, Walters is a first-year agriculture education teacher at Peabody-Burns Middle School-High School in Peabody, Kansas, where she teaches classes in plant science, animal science, food science, agricultural mechanics and others.

“My students enjoy anything they get to design themselves,” she said, adding that her high school food-science students created their own Christmas cookie business.

Walters is teaching in what’s part of a growing trend in middle schools and high schools across the country to offer agricultural education programs, and colleges and universities can’t turn out graduates fast enough to keep up with demand.

“There is a nationwide shortage of agriculture teachers,” said Brandie Disberger, an instructor in Kansas State University’s Department of Communications and Agricultural Education. “Here in Kansas we are currently only graduating about half of the needed agriculture teachers. We have had 100% placement in this major for over 20 years.”

Students with an interest in agriculture and a passion for working with people make excellent candidates, Disberger said, noting that as of May 2018, average starting salaries in Kansas were more than $40,000. The average salary of agriculture education teachers across the country in 2017 was $43,093, according to the National Association of Agricultural Educators, with averages across the U.S. varying by region.

Disberger, who taught high school agricultural education herself for 10 years before coming to teach at K-State, said contrary to some perceptions, there are ag education openings in urban and suburban school districts as well as in rural areas.

The breadth of training that students receive lends itself to a range of careers, she said. About 80 percent of K-State’s ag education graduates go on to teach in high school, but some move into careers in extension where they teach adults in less formal settings. Others work in agriculture-related sales or service positions, nonprofit organizations or pursue advanced academic degrees.

“Some individuals think that career and technical education programs, including agricultural education, are closing in high schools when it is just the opposite. They are growing rapidly,” Disberger said.

Communication skills are important for someone who is considering majoring in Park Management and Conservation, according to Ryan Sharp, assistant professor in K-State’s Department of Horticulture and Natural Resources.

“Many of our students will end up in state or national parks as rangers,” said Sharp, adding that such positions require interaction with the public through interpretation, law enforcement or greeting visitors. Kansas is 98 percent private land, so students’ willingness to relocate to another state is helpful when launching their career.

Starting salaries are typically $30,000 to $35,000, and there are opportunities to move up after a few years’ experience. Many graduates are employed by state and national parks and the U.S. Forest Service.

“We tend to be a ‘discovery’ major, attracting many transfers from other schools or departments on campus,” Sharp said. “Not many people think you can get a degree in PMC.”

More information is available on the K-State College of Agriculture website.

Students heading to universities have a broad array of majors to consider. Here are some you might not know about, but that have great opportunities upon graduation.

“Students in this major (Bakery Science and Management) can find jobs almost anywhere in the world, with baking and integrated food companies, research and development, production management, retail operations, ingredient suppliers and more.”