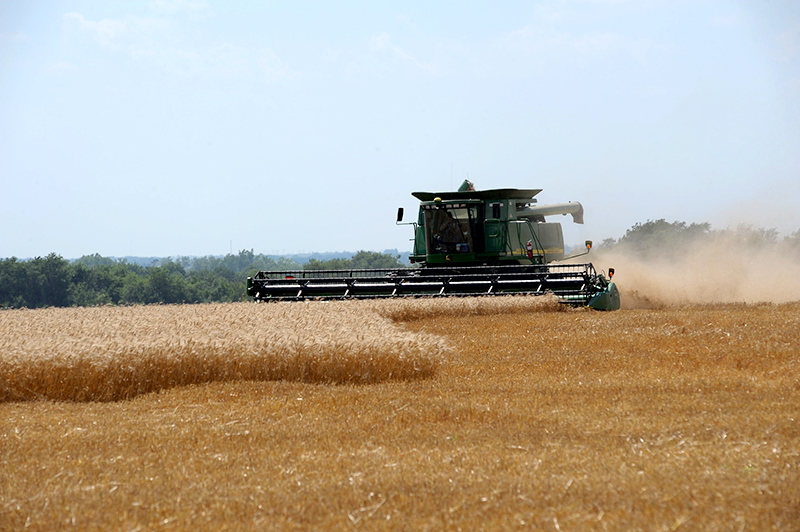 Average net farm income in Kansas rose to $100,000 in 2018, but with continued tight margins and cash flow, a large percentage was from government payments and crop insurance. | Download this photo.

Kansas net farm income climbs, but with a big catch

Average net farm income across the state climbed to $100,000 in 2018, marking the third year in a row of gains after a precipitous slide in net income in 2015. The data came from an annual summary of the records of Kansas Farm Management Association member farms. Not all farms are KFMA members, but on a year-to-year basis, the numbers reflect the state of Kansas agriculture, according to Kevin Herbel, KFMA executive director.

Saying that farmers’ average net income was $100,000 can be deceiving however, Herbel said, because 63% of net farm net income came from crop insurance and government payments in a continuing era of tight margins and cash flow constraints. In fact the total of government payments received by KFMA farms alone was nearly 55% of net income. That included traditional farm program payments, livestock payments, conservation payments and payments linked to the U.S. Department of Agriculture’s Market Facilitation Program to help producers affected by retaliatory tariffs and loss of export markets.

Listen to more in this special, extended interview

MFP payments comprised an estimated 37% of net income for the average farm. The numbers varied across the state based on the types of crops grown and crop yields.

“The impact of drought conditions was greatest in northeast and north-central Kansas with those areas showing net crop insurance income equal to 40% and 21% of net farm income, respectively,” he said.

“As occurs each year, there is much variability between farms – differences in production, from record yields to drought or hail, differences in financial position and cost structure, and differences in decision making and management of risk,” Herbel said.

“We have entered 2019 with continued expectations for market prices at levels that are below cost of production unless above average farm yields are achieved,” Herbel said in a report accompanying the annual KFMA data. “As such, the comfort level for many producers is not very high. It is important for farm managers to assess their financial position and make adjustments as needed.”

According to an annual Kansas Farm Management Association survey, net farm income on Kansas farms in 2018 rose for the third year in a row.

“As occurs each year, there is much variability between farms – differences in production, from record yields to drought or hail, differences in financial position and cost structure, and differences in decision making and management of risk.”