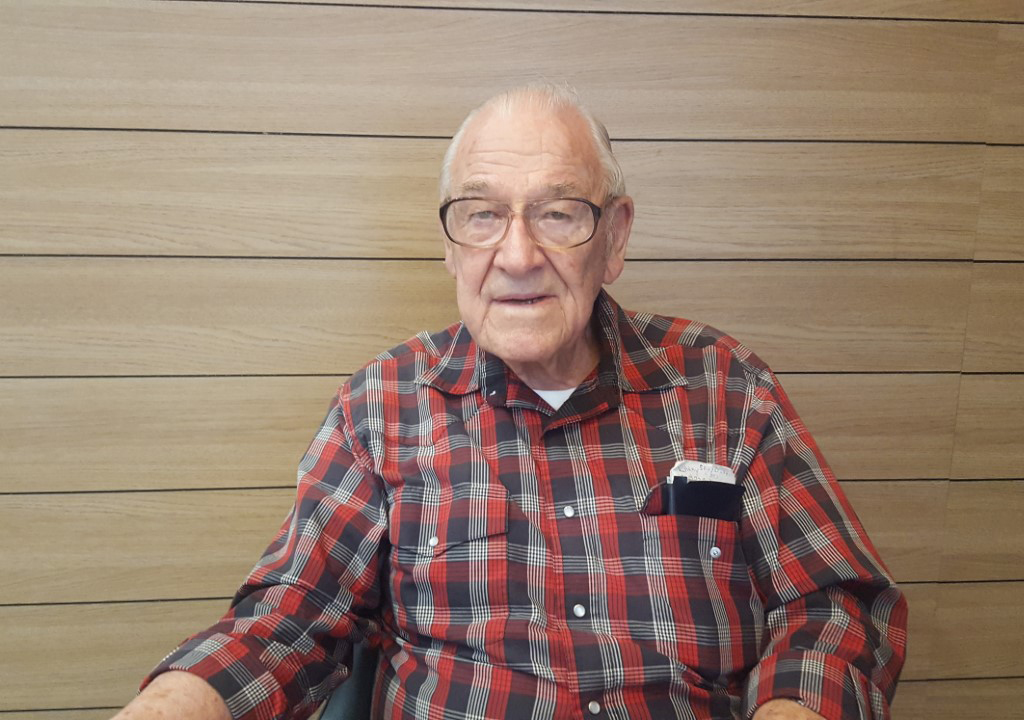 Where do bibles and rifles connect? That unlikely combination can be found in the history of Kansas, and particularly in one historic rural community church. This church is continuing to serve its members and its historic legacy.

Don Whitten is a member of the Beecher Bible and Rifle Church in Wabaunsee. He told me this remarkable history. It all began in the 1850s era of Bleeding Kansas, when the people of the territory were involved in a vicious debate over whether Kansas would become a slave state or a free state. Advocates for both sides flooded Kansas territory. For example, abolitionists in Connecticut raised money to send a group of free-state colonists west.

A famous New York preacher, Henry Ward Beecher, raised money for the cause and sent crates of rifles and bibles to the colonists. According to legend, the rifles were covered with bibles so as to get through the pro-slavery state of Missouri.

In 1856, the Connecticut colonists came to Wabaunsee. In the following year, they organized the First Church of Christ there. A new stone church was dedicated in 1862. This became the site of one of the most influential Congregational churches in Kansas.

By the 1930s, population had fallen, church membership dwindled and the church closed. In 1950, it re-opened. Today, the Beecher Bible and Rifle Church is an independent, non-denominational church which still meets in the original but remodeled stone building. Services are held each Sunday at 9:45 a.m. with Pastor Lynn Roth officiating.

Local residents George and June Crenshaw actively supported the church. Friends of theirs named the Thompsons donated funds for a new building and education center next to the old stone church building. The new building was dedicated in 1993.

Don Whitten has compiled the history of the church. He is a career military man who retired from Fort Bliss, Texas and moved to Wabaunsee, Kansas. He and his wife arrived in Wabaunsee in 1971 in the middle of a big snowstorm. When a neighbor, Inez Drake, learned of their situation, she thoughtfully alerted a snowplow crew to clear the streets before the Whitten’s moving truck arrived the next day.

Another neighbor, Mrs. Morgan, came over and invited them to her church at Wabaunsee. “We turned her down because we didn’t even have our clothes here yet,” Don said. Mrs. Morgan persisted in following weeks. “After the third or fourth time, I told my wife, `Let’s go to that church and get that old lady off our back,’” Don said. “We came to that church the next Sunday and we’ve come ever since.”

The Whittens appreciated the warm welcome of the congregation and the preaching, fellowship, and rich history. It was the first inter-racial Congregational church in Kansas. The late Mrs. Morgan herself was African-American and a long-time member. Her picture is displayed inside the church entrance.

Another long-time tradition at the church is Old Settler’s Day, held annually on the last Sunday of August. On Sunday, Aug. 25, 2019, a potluck lunch will be held at the church, followed by a historical program. This year, that program will be presented by me. The public is invited to attend at no charge.

This church and the community and region which it serves are rich in history. The building is listed on the National Register of Historic Places. It is located along the Native Stone Scenic Byway and along the route of the Underground Railroad which ran through the Kansas River valley.

That’s a lot of history to be found in a rural community. Wabaunsee is an unincorporated town with a population of perhaps 100 people. Now, that’s rural.

For more information, look for Beecher Bible and Rifle Church under Attractions at www.wabaunsee.com.

Where do bibles and rifles connect?  In this case, they connect with Kansas history in a rural community church.  We commend Don Whitten, Lynn Roth, and all those involved with the Beecher Bible and Rifle Church for making a difference by serving the community and honoring this history.  I hope both the bibles and the rifles hit their mark.

Bibles and rifles seem an unlikely combination, but the two came together more than a century ago in support of the free-state movement in a Kansas country church. The Beecher Bible and Rifle Church in Wabaunsee honors this history.