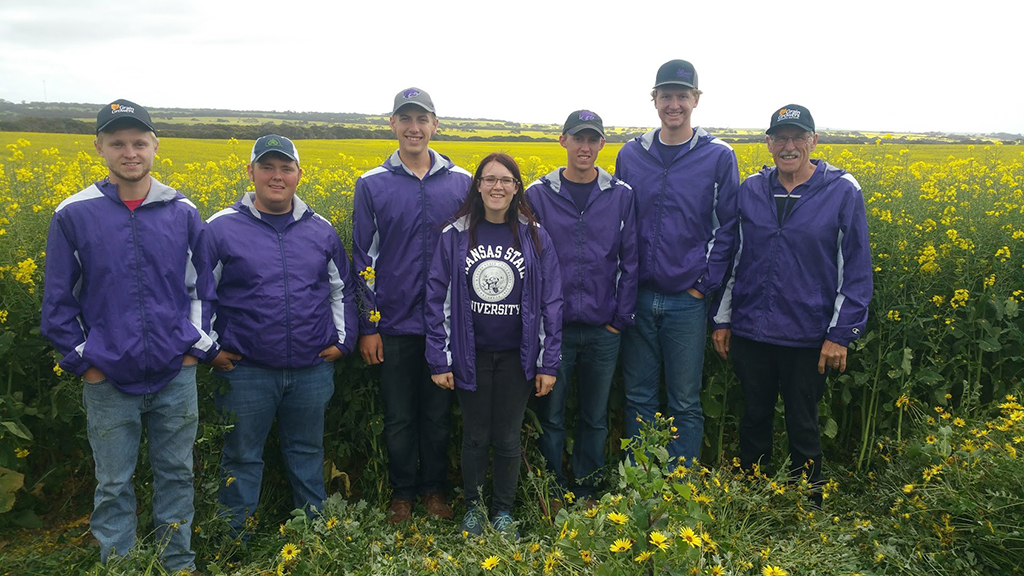 MANHATTAN, Kan. — A Kansas State University student took top honors and the K-State Crops Team placed second in the Australian University Crops Competition recently. The event was hosted by the Australian Grain Growers organization and was held at the University of Adelaide in South Australia.

The University of Sydney placed first in the team competition, K-State placed second, and Charles Sturt University from Wagga Wagga, Australia, was third.

Three students from South Dakota State University traveled with the K-State team and participated in the competition. The teams competed against agricultural universities from across Australia.

Ryan, Meyer and Jennings were awarded a stipend from the American Society of Agronomy to cover part of their travel expenses as a result of previously placing in the top three at the U.S. Collegiate Crops Contests in Kansas City and Chicago last November. Additional sponsors of the K-State team were Kansas Grain Sorghum, Kansas Corn, Syngenta, and the K-State Department of Agronomy. The College of Agriculture also provided an international travel scholarship to the K-State students.

The trip was a combination of work, learning and sightseeing, which also proved educational for the students.

Before the competition, the group spent a day touring tropical agriculture in Queensland, learning about bananas, coffee, avocados, and sugarcane, and visited a large grain farm in South Australia featuring mixed cropping of wheat, canola and pulses. After the contest, they visited a sheep farm, a cherry orchard, a vineyard, and an apple orchard and processing facility in the Adelaide Hills area. They also travelled to Kangaroo Island, visiting grain farms and KI Pure Grain, the island’s major cooperative grain handling and export business. Learning about canola and Australian white wheat production, ryegrass herbicide resistance problems, and the use of pulse crops such as lentils and fava beans in crop rotations were highlights for the U.S. teams.

The students also took a snorkeling trip to the Great Barrier Reef at Cairns, with a visit to Sydney Harbor and the Sydney Opera House on the trip to Adelaide. After the contest, they spent two days touring Kangaroo Island. Highlights were observing the majestic coastal rock formations, beaches with seals and dolphins, and kangaroos and koala bears in the wild.