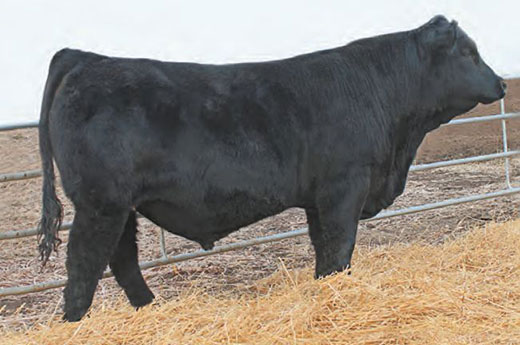 MANHATTAN, Kan. – One of the most exciting times of the year on cow/calf operations is when the calves are born and producers can see the results of their breeding decisions.

Experts from the Beef Cattle Institute at Kansas State University say it can also be stressful and costly if those mating decisions lead to calving difficulties, which is why much care needs to be taken when planning those matings.

As bull buying season approaches, selecting the right bull to match with the heifers was a discussion topic during a recent podcast with the team at the Beef Cattle Institute.

Beef extension specialist Bob Weaber advised producers begin by evaluating the type of breeding system they need to be successful. “Think about what types of bulls you are going to turn out on what groups of females to define what the calving ease need really is.”

One evaluation tool that producers can use in making that decision are Expected Progeny Differences, or EPDs, which are the estimates of the genetic value of the parents to project the calf’s performance. EPDs are estimated on a variety of traits among the beef breeds. The direct (CE or CED) and maternal calving ease (CEM or MCE) EPDs are often a consideration in heifer matings. The greater the number, the lower the risk for calving difficulty, Weaber said.

“Calving ease is one of the first things to think about when selecting the types of bulls to breed heifers,” said veterinarian Bob Larson. However, he cautioned that producers shouldn’t just isolate their decision to that one criterion.

“Selecting for very high levels of calving ease will lead to lighter calf birthweights over time, and could lead to calf survival issues if taken to the extreme,” Weaber said.

Speaking about Angus sires, Weaber said that bulls in the 7-9 range for calving ease EPD (breed average) matched with heifers will have an expected dystocia rate in the single digits. In other words, the risk for calving difficulty is low.

The experts agreed it is important for producers to find a balance in the traits.

“A small breeder who is going to use the same bull on the heifers and mature cows shouldn’t base the breeding decision solely on calving ease or they’ll be disappointed in the performance of the offspring from those matings,” Weaber said, noting that when speaking about performance, he is referring to the growth traits in the calves.

If females born to first-calf heifers bred to calving ease sires will be retained in the herd, Larson and Weaber advised that cow/calf producers include the maternal calving ease EPD in their decision.

Another factor to consider is the time of year the calves will be born.

Weaber encouraged producers to use all their mating evaluation tools when planning for the optimum herd performance.

He said: “There has been enough advancement with genomics and selection that we can have really acceptable levels of calving ease with outstanding levels of performance. Don’t immediately discount when buying a calving ease bull the performance of the calves coming from that mating. We can have both pieces today.”

Experts from K-State’s Beef Cattle Institute discuss tips for assessing the herd to find the best bull to breed to heifers.

“There has been enough advancement with genomics and selection that we can have really acceptable levels of calving ease with outstanding levels of performance.”