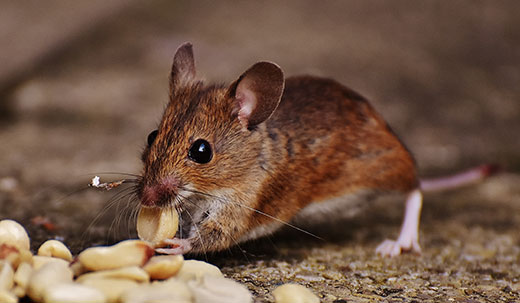 The number of people reporting rat sightings has increased during the COVID-19 pandemic, according to a study.

Ah, Rats! Reports of rodents have increased during pandemic

MANHATTAN, Kan. – A study released in July by researchers at three universities indicates that the number of people reporting rat sightings has increased since the start of the COVID-19 pandemic.

Charlie Lee, a wildlife management specialist at Kansas State University, says the increased contacts between human and rodents could be a result of people staying in place more often where the animals are likely to be foraging.

“What’s really going on here is difficult to determine, but it’s probably that people are spending more time in locations that they haven’t spent that length of time in previously,” Lee said. “That gives them a greater opportunity to observe rats in those locations.”

The study, which has not yet been peer reviewed, was conducted by researchers at Fordham University, the University of Tokyo (Japan), the University of British Columbia (Canada) and several private organizations. The complete results are available online.

In the past, Lee said, “we’ve seen populations of rats increase after natural catastrophes…and we’ve had widespread reports of that occurring now that we’re well into COVID-19.” Since March, closed food service operations in New York had increased rat problems, according to the study’s authors.

The two most common rats found in the United States are Norway and Black rats. Both species tend to have a small range in which they move, typically about 30 meters squared, according to Lee.

What they’re after is cover and food, and generally want little to do with humans. Rats prefer to feed in and around homes, so when they find access to meat, fish, vegetables and grains, they tend to stay.

“In this study, pest control companies reported that they have had a similar number of cases to work on, but the areas they are working is much different,” said Lee, who spoke about this topic recently on the Agriculture Today radio program. “They are saying that they have 30% to 40% new customers, as opposed to the food service organizations that have been the heart of their business for many years.”

He added that rats have “irregular home ranges,” moving along narrow pathways that connect cover and food. Most of the time, rats stay within the same small area where they are satisfying their hunger and maintaining safety.

To reduce the likelihood of rats taking up residence near your home, Lee suggests a three-step approach, signified by the acronym HER:

A recent study indicates that people are reported an increasing number of rat sightings during the COVID-19 pandemic.

“What’s really going on here is difficult to determine, but it’s probably that people are spending more time in locations that they haven’t spent that length of time in previously. That gives them a greater opportunity to observe rats in those locations.”