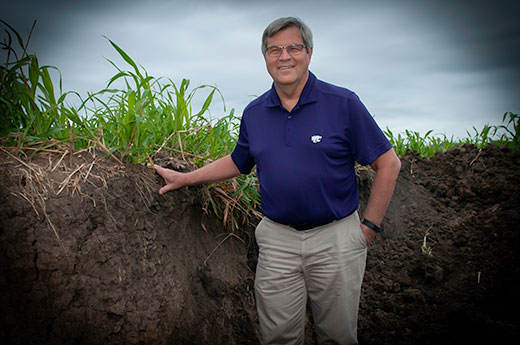 University Distinguished Professor Chuck Rice has been named Educator of the Year by the Mid America CropLife Association. | Download this photo.

Rice, a University Distinguished Professor who holds the Vanier University Professorship at K-State, was recognized for “significant contributions to American agriculture” and “evidence of consistency in educating the public on the value of production agriculture,” according to a news release from MACA.

Rice has worked in K-State’s Department of Agronomy since 1988. He specializes in soil microbiology, carbon cycling and climate change.

In 2007, he received a Nobel Peace Prize for his work with the United Nations Intergovernmental Panel on Climate Change. He is described by colleagues as a relentless advocate for conservation agriculture, and is considered an influential speaker on soil health and conservation practices for production agriculture.

Rice has served on numerous national bodies, including:

Rice also sits on the advisory panel of several corporate sustainability teams across the industry, and is an active teaching professor. He has advised more than 47 graduate students and 18 post-doctoral students and visiting scientists, and is an author on more than 225 publications.

The Mid America CropLife Association is a non-profit group of manufacturers, distributors/formulators and allied industry of crop protection products in 13 Midwestern states. The group works to conduct research related to improving crop production. 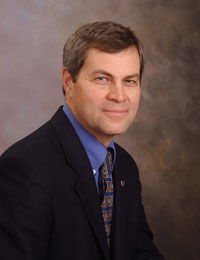 Chuck Rice, University Distinguished Professor who has worked at K-State since 1992, has been named the Educator of the Year by the Mid America CropLife Association.