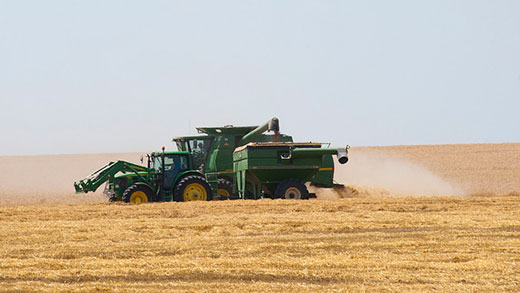 Some farmers are turning to non-traditional lenders to finance their business. (File photo)

Jenny Ifft spoke recently at the Risk and Profit Conference, hosted by K-State Research and Extension and the K-State Department of Agricultural Economics. Her talk highlighted a growing trend by farmers to seek alternate ways of funding their business.

“They are an important part of the financial landscape, and as far as we can tell, they are growing,” Ifft said.

Listen to an interview with Jenny Ifft by Eric Atkinson on the radio program, Agriculture Today

The majority of farmers use farm credit lenders and commercial banks to finance purchases of land, equipment, crop insurance or other expenses.

But Ifft notes three categories of lenders that producers are now turning to as alternatives, including:

For farmers, seeking a non-traditional lender can be a matter of convenience and service, she said.

“That may be especially true with vendor financing,” Ifft said. “They make it pretty easy for people. And a lot of times these aren’t huge loans in the scope of the entire operation. It’s a relatively small loan that is easier to apply for. And some of the collateral-based and high-value lenders, as part of their marketing, also are saying they are going to make it easier on a producer than a bank.”

Some data indicates that younger farmers, or farms that are financially-stressed, are turning to non-traditional lenders.

Ifft, who just recently joined the K-State Department of Agricultural Economics, has studied the issue from a farm policy and a farm management perspective. More information on her presentation, and summaries of all of the sessions at this year’s Risk and Profit conference, is available online.