High school football is a family affair in rural Kansas. On Friday nights, moms and dads, grandparents, brothers and sisters, friends, neighbors and community members gather at the high school stadium for the weekly football game. It becomes a unifying community event. Today we’ll learn more about a Kansas family with a remarkable, multi-generational record of success in high school football.

Last week we learned about Roger Barta, the legendary high school football coach who led the Smith Center Redmen to the nation’s longest high school winning streak. Not only did Roger have a great career, he also coached his son Brooks, who was a tough player and an outstanding athlete at Smith Center, a rural community of 1,665 people. Now, that’s rural.

Brooks went on to play college ball at K-State. These were the bad old days of K-State football, when the team was mired in a 27-game winless streak that would lead to the team being identified by Sports Illustrated as Futility U. But shortly after Brooks Barta arrived on campus, so did another gentleman by the name of Bill Snyder. Things began to change.

“The time and effort (that was required) probably doubled under coach Snyder,” Brooks said. Barta met the challenge of this demanding new work ethic and he saw the results.

Brooks was a four-year starter and a three-time co-captain under coach Snyder. He received First Team All-Big 8 honors and helped the Wildcats to a 7-4 record in 1991, their winningest season since 1954. He was the team leader in tackles all four years.

Brooks’ hometown, Smith Center, is in northern Kansas just about 15 miles south of the Nebraska line. Growing up that close to Nebraska, Brooks was well aware that Nebraska had long been the dominant football program. When NU played in Manhattan, the stadium would be more red than purple as Nebraska fans made the trip to watch another win over K-State.

But under coach Snyder, the balance of power began to shift. “In one game, we were ahead of Nebraska by a couple of touchdowns in the fourth quarter, and we were earning respect,” Brooks said. He and his teammates laid the foundation of what has been called “the greatest turnaround in college football history” – and it’s not one to be taken lightly.

Brooks Barta finished his career ranking second in school history in career tackles (436) and career assisted tackles (281). He was also an achiever in the classroom. An Academic All-American and four-time First Team All-Big 8 selection, he compiled a 3.25 GPA in math education and twice received the K-State Outstanding Scholar-Athlete Award.

Brooks taught and coached at Abilene for three years and earned a National Football Foundation scholarship for getting his master’s degree in administration. In 1996, he accepted the head coaching position at Holton High School.

“I played for great coaches who had a great relationship with their players,” Brooks said. “Toughness, intelligence and team: Those are the three foundations we use,” he said.  “It’s a team game. We ask a lot of our kids and we want them to have a good experience. We make all our kids feel valued. It’s important for the parents to see their little boys grow into young men.

“Holton is a great place to raise our family,” Brooks said. His wife Tonya is president of Farmers State Bank in Holton. They have a son Mason and a daughter Tabor who are both students at K-State.

High school football is a family affair, with family and community members coming together to support the team. We commend Roger and Brooks Barta and their families for making a difference with excellence in coaching, and in teaching young men the lessons of life.

And there’s more. The Bartas have another generation of football success within their family. We’ll learn about that next week. 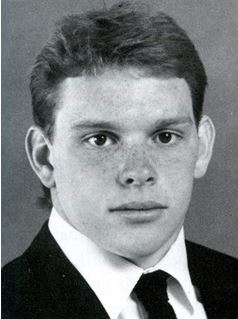 Brooks Barta played high school football for his father at Smith Center. After a standout career at K-State, Brooks eventually became a football coach himself at Holton and has continued a legacy of success.