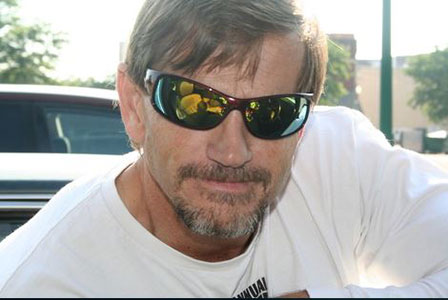 Doctor Mark Breault (pronounced “bro”) is the founder and operator of Tailwind Pole Vault Club. Mark grew up at Concordia, attended Cloud County Community College and then chiropractic college in Iowa before returning to open a chiropractic practice in his hometown. As a doctor of chiropractic, he became known locally as Doc Bro. He retired in 2014.

“I had pole vaulted in high school,” Doc said. “When my son got into school, there was no coach for that event. My old coach was still the head track coach there, so I volunteered to coach the pole vaulters.”

In 2007, Coach Breault started his own independent pole vault group. Because a good tailwind always helps a pole vaulter, he named it Tailwind Pole Vault Club.

But where could his club have an indoor facility? Pole vaulting is the type of activity which can’t be conducted in your typical storefront building. It requires a long space and high ceiling.

Doc looked around the region and found that the nearby community of Jamestown had a former high school building, including a gymnasium, that was available. “At first they just let me use it for free,” Doc said. “Eventually I bought the building and remodeled it.” Now the facility includes living space where Doc lives, plus a wrestling area and weight room in addition to the runway, box, crossbar and pit used for pole vaulting itself. More than 500 poles are also available for rent. The former school stage is now a little kids’ play area. “It’s very family friendly,” Doc said.

Pole vaulting camps are held in the summer. Those camps typically sell out well in advance.

The Tailwind Pole Vault Club has had tremendous success through the years. “Multiple Olympic vaulters, All-Americans and world-record holders have coached and jumped here,” Doc said. “We’ve had more than 200 state champions and multiple national champions from our club.”

But this isn’t only about pole vaulting. It is about positive life skills. “Pole vaulting is an excuse for me to interact with people,” Doc said with a smile. “Kids need a positive experience. My greatest reward is to see them learn and grow in self-confidence and succeed in life.”

One camp slogan is “Don’t get high, Jump high.”

“I tell kids that anyone can go out and drink or do drugs, but it takes a special person to commit to pole vaulting,” he said. “You can stand out above the crowd. Not many guys can jump 14 feet. Not many girls can jump 10 feet, but we can teach you to pole vault,” Doc said. “It takes hard work and focus, but we can do it.”

“We also teach kids to work with others. We don’t allow cocky attitudes. Everyone is taught to help the younger kids. We focus on having fun, being safe, and jumping high.”

Many kids who trained at Tailwind Pole Vault Club have gotten college scholarships at some level. Vaulters have come from as far away as California and Florida.

That’s a remarkable record for a program at the rural community of Jamestown, population 286 people. Now, that’s rural.

Stand out above the crowd – even 14 feet above, if you become an excellent pole vaulter at Tailwind Pole Vault Club. We salute Dr. Mark Breault for making a difference by teaching life skills as well as pole vaulting. His approach stands out – and I think it’s outstanding.

Mark Breault was a pole vaulter in high school before becoming a doctor of chiropractic. When his son got to school and needed a pole vaulting coach, Mark volunteered. It went so well that Mark founded his own pole vault club which has now involved hundreds of youth, including Olympians across the nation.