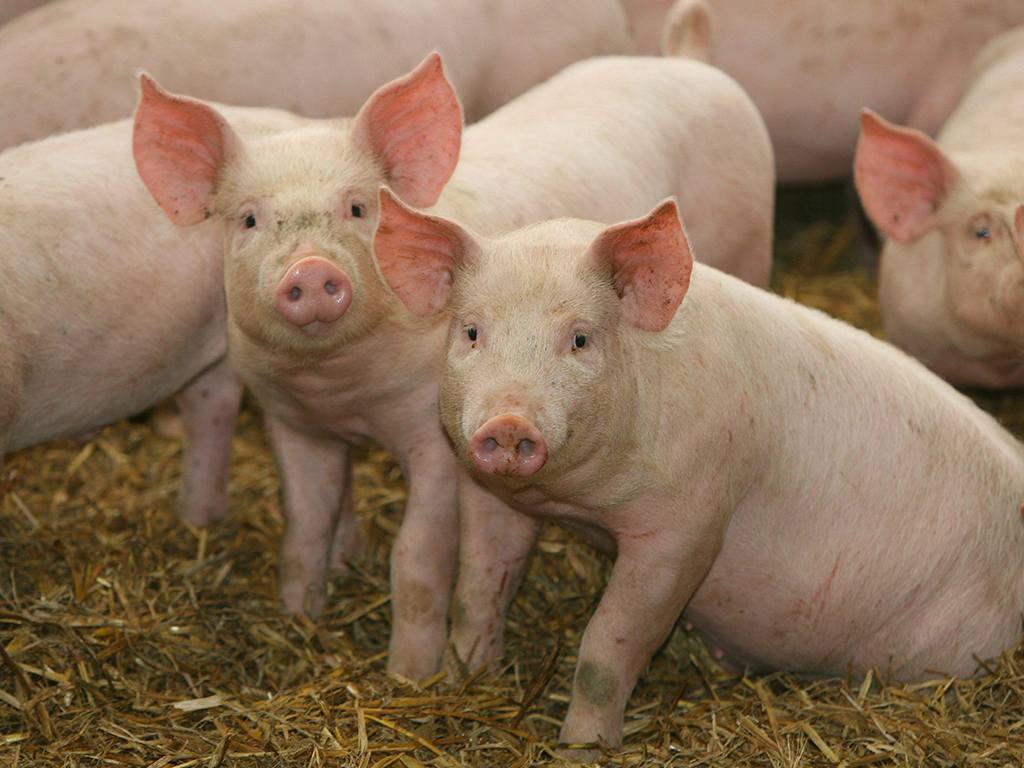 K-State researchers and graduate students are seeking ways to help improve the rate of survivability of newly weaned pigs. | Download this photo.

Results will be presented during university’s annual Swine Day on Nov. 18

In a recent 43-day trial involving 912 pigs, the team of scientists tested varying levels of feed grade amino acids with L-lysine added to the diets of late nursery and growing pigs.

Amino acids – in humans and animals – are molecules that combine to form proteins. They are often referred to as the building blocks of life.

“We found that if we increase the percentage of L-Lysine as a proportion of total digestible lysine, daily gain and feed efficiency improves,” said K-State graduate student Hadley Williams, who led the study.

But the researchers also found that when the proportion of total digestible lysine exceeds 24% of the diet, feed efficiency worsened.

Williams will be presenting the findings during K-State’s annual Swine Day, which is scheduled for Nov. 18 in Manhattan. Registration for this year’s event costs $25 and is available online, or interested persons may contact Lois Schreiner by email, lschrein@ksu.edu.

Williams added that by knowing the ideal levels of L-lysine to add to the diets of growing pigs, nutritionists will be able to formulate diets that improve pig performance and producers’ profitability.

“Maintaining these ratios of amino acids in the diet may allow higher levels of amino acids to replace soybean meal without reducing pig performance,” said Williams, noting that some of the amino acids of interest included valine and isoleucine.

He added: “The use of feed grade amino acids also is essential for reducing nitrogen excretion in manure and reducing dietary soybean levels to promote gut health, especially in young pigs.”

“We found that if we increase the percentage of L-Lysine as a proportion of total digestible lysine, daily gain and feed efficiency improves.”