It’s the Professional Disc Golf Association World Championships in Ogden, Utah. Many of the top competitors are using discs from a remarkable Kansas company. 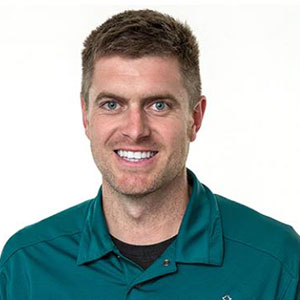 Jeremy Rusco is founder and CEO of Dynamic Discs, the business that provides the discs for many top competitors in the sport. Jeremy was a Great Bend native who was introduced to disc golf while at Fort Hays State. Later, he attended Emporia State to play football, run track and study business. In Emporia, Rusco became passionate about the sport of disc golf.

Disc golf is played just like traditional golf in that the goal is to get to the target in as few tries as possible, except the player is using a round plastic disc instead of a ball, and the target is a metal pan mounted on a post, with chains hanging down to break the disc’s momentum when it reaches the target.

Of course, the player doesn’t use a club, but throws the disc at the target like throwing a frisbee.

However, the player needs different discs just like a golfer needs different clubs. In other words, discs are designed differently for drives, putts, etc. A competitive disc golfer might have 15 or more discs with a bag to carry them.

Rusco found it was a lot of fun and figured he could buy more discs and sell the extras to others. He bought discs, put on cool designs and dyed them, and sold them on eBay. As interest grew, he set up his own business. After asking his girlfriend (now wife) Wendy what to name the company, he settled on the name Dynamic Discs.

“I never expected it to be anything more than a college hobby, but after graduating in 2006, it was evident that there was something special about the disc golf community,” Rusco said.

He settled in Emporia and continued to grow the business of designing and selling the discs. The eBay store became a website and then a retail operation. Rusco worked continually to design new and improved products.

As interest in the discs grew, Rusco decided to produce Dynamic Discs apparel as well. He hand-pressed designs on shirts, hats, and towels.

Disc golf was growing into a significant sport. Rusco befriended a touring pro named Eric McCabe who agreed to wear DD apparel and become the first sponsored player for Dynamic Discs. In 2010, McCabe used Dynamic Discs equipment to win the World Championship and gained more visibility for the brand. Then the company started sponsoring tournaments.

Up until 2012, the company had been putting dye and custom stamps on other manufacturer’s discs, so the next step was to design a disc of its own. After discussions with several manufacturers, Rusco found a company in Sweden named Latitude 64.

“Our partnership with Latitude 64 that started in December of 2012 is nothing short of extraordinary,” Rusco said.

Together, Dynamic Discs and Latitude 64 created and produced four different designs for molded discs, named Trespass, Escape, Fugitive, and Judge. Those are the cornerstones of their disc line, which has grown to include some 30 discs.

As the company continued to grow, Dynamic Distribution was founded in 2013. Today it operates in a 80,000 square foot warehouse on the southwest side of Emporia.

“Our mission is to grow the sport we all love,” Rusco said. As the sport has grown, many communities have installed disc golf courses across the nation. That certainly includes Kansas, which has courses in rural and urban communities, literally from corner to corner in the state, and ranging from Hiawatha to Hugoton and Baxter Springs to St. Francis, population 1,329 people. Now, that’s rural.

It’s time to leave the Super Bowl of disc golf where Dynamic Discs products are prominent. We commend Jeremy Rusco of Dynamic Discs for making a difference with entrepreneurship and innovation.

But this is only halftime. Where is the disc golf capitol of the world? We’ll learn about that next week.

Jeremy Rusco discovered the fun of disc golf while a student at Emporia State. He started labeling and dyeing discs different colors and selling them through eBay. This has developed into a business known as Dynamic Discs, selling products across the nation.