Can one man’s journey change history? 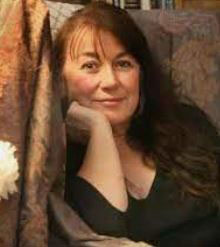 “Yes,” said writer and historian Deb Goodrich. She points to William Becknell’s 1821 trade mission to Mexico as a pivotal point in the history of the west. Now she is leading the effort to commemorate the bicentennial of the Santa Fe Trail.

Goodrich is a journalist, historian and television host. A Virginia native, she was a student at Washburn University who became enamored of western history. She is now historian in residence at Fort Wallace in Kansas. Among many other things, she chairs the Santa Fe Trail 200 committee, which is commemorating the bicentennial of this historic trail.

“In 1821, change was racing across the west like a prairie fire,” Goodrich said. “Missouri was a brand new state and Mexico was a newly liberated nation.”

Missouri was also in a financial depression. A Missouri salt-maker named William Becknell was one of those in financial trouble. He was on the verge of going to jail because he could not pay his debts.

In September 1821, Becknell and five companions headed west to hunt and trade horses and mules. They traveled hundreds of miles by horseback through challenging territory. Nearly two-and-a-half months later, they arrived in Santa Fe.

Their timing was good. Since Mexico had just gained its independence from Spain, its citizens were eager to trade with the neighboring country to the north, unlike the Spanish conquistadors. According to legend, Becknell’s trade mission was so successful that when he returned to Missouri, he slashed open a rawhide bag of silver coins and spilled onto the cobblestone street. Observers literally saw the riches resulting from this trading relationship, and others joined in.

“Becknell’s legendary trip inaugurated a new era in American and Mexican history,” Goodrich said. “While William Becknell’s successful trip into Mexico was history-making, it was only opening the door.” Eventually this region would become the state of New Mexico.

There were also consequences for the indigenous tribes and the military in this region. Native tribes were displaced. Military posts were established, including Fort Riley, Fort Larned and more.

By 1855, the value of traded goods on the trail was estimated at $5 million. This route of commerce functioned for nearly 60 years until the coming of the railroad. Modern highways continue as a route of travel and commerce.

The Santa Fe Trail Association is a non-profit organization that was established in 1986 to protect, preserve and promote the historic trail. Congress designated the Santa Fe Trail as a national historic trail in 1987. Joanne VanCoevern of Salina is the executive director of the SFTA. The SFTA is commemorating the bicentennial of the trail from 2021 to 2025.

“Continuing our official commemoration through 2025 gives us the opportunity to build on the relationships we have established, to expand our audience and share stories on a deeper level,” Goodrich said. Local chapters of the SFTA in Missouri, Kansas, Colorado and New Mexico promote the trail in their regions. Notably, more of the trail is found in Kansas than any other state.

Can one man’s journey change history? In the case of William Becknell two centuries ago, it did.

We commend the chapters of the Santa Fe Trail Association, Deb Goodrich, Joanne VanCoevern, and all others involved with the association for making a difference by promoting and preserving this history.

As stated on the SFTA website: “The Santa Fe Trail was a route of commerce but quickly became a route of cultural exchange that is still with us, and still benefits us, today.”

Historian and writer Deb Goodrich was a student at Washburn who became enamored of western history. She is now leading the commemoration of the 200th anniversary of the Santa Fe Trail.