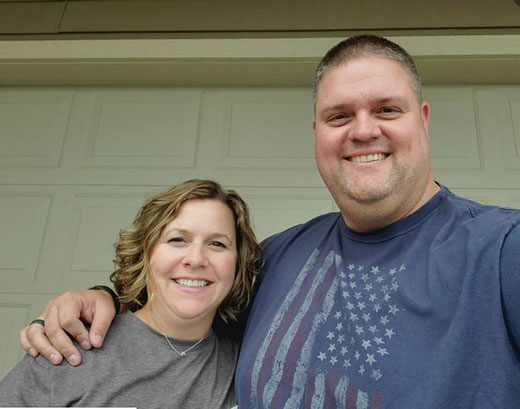 “We deliver the male.” No, I’m not referring to the U.S. Postal Service.

In this case, it refers to a business that delivers selected male genetics to pork production operations across the Midwest. This same innovative farm family is also pursuing blockchain and bitcoin mining from its location in rural Kansas.

Lannin Zoltenko is president and managing partner at Zoltenko Farms and Wildcat Blockchain. His family’s farm is in Jewell County, just one mile from the Nebraska state line. Five generations of the family have lived here. The farm became a century farm in 2017.

Zoltenko’s folks are James and Sherryl Zoltenko. Lannin and his wife Melanie have two boys: Chandler, who is farming, and Taran who is at Kansas State University, which is also her father’s alma mater.

For decades, the Zoltenkos had a traditional diversified livestock farm raising cattle, crops and pigs. The hog operation was farrow-to-finish, meaning that the males (boars) were bred to the females (sows), which gave birth to piglets that were then raised to market weight.

In 1997, Zoltenko was considering whether to come back to the farm. His parents were trying to decide whether to retire or expand.

That year in December, they received an inquiry from a business named Pig Improvement Company, or PIC, which was looking for a location for a 50-head boar stud farm in north central Kansas. This would be like a racehorse stud farm, only with swine. This company was seeking a place where selected male hogs could be raised to collect semen for artificial insemination of sows by other hog producers.

The Zoltenkos decided to give it a try. “It was a real faith walk,” Lannin Zoltenko said. He credits veterinarians Steve Henry and Lisa Tokach at Abilene Veterinary Hospital for providing key help in starting the operation.

“By February 1998, the sows were gone, and by May the boars were here,” Zoltenko said. They developed a process for collecting semen and distributing to other producers, and adopted the slogan, ‘We deliver the male.’

Today, Zoltenko Farms has 1,382 boars, most of those in Kansas. Since herd health and biosecurity are so important, their rural location is an advantage. The farm is located 17 miles north of the rural community of Courtland, population 294 people. Now, that’s rural.

For producers seeking maternal traits of good litter size and high milking ability, the Large White and Landrace breeds are preferred. For those producers who are raising hogs for harvest, Duroc and Berkshire hogs are the breeds of choice.

The semen collected from the Zoltenko’s high quality boars can serve some 300,000 sows annually. The farm operates 11 delivery routes to hog producers in Colorado, Kansas, Nebraska, South Dakota, Iowa, Wisconsin, Missouri, Minnesota and Illinois. “Our drivers will put on a million miles a year,” Zoltenko said.

In 2020, the Zoltenkos started to pursue an additional enterprise as they looked at the direction of the national economy. “I was looking for sound money,” Zoltenko said. They decided to focus on bitcoin and bitcoin mining.

Bitcoin is a type of cryptocurrency or digital money. According to Investopedia, bitcoin is created, distributed, traded and stored using a decentralized ledger system called a blockchain. In February 2021, the Zoltenkos set up a business known as Wildcat Blockchain.

Bitcoin mining is the process of creating new bitcoins by solving extremely complicated math problems that verify transactions in the currency. This requires high level computer capacity. “We look for sub-stations that have unused electrical capacity and set up bitcoin data centers there,” Zoltenko said.

As these computers solve the math problems, bitcoin is generated for the discoverers. “We have clients from California to Florida,” he said.

“Our greatest success is to positively impact the lives of our team members, our partners, and our community.”

For more information about the stud farm, see www.zfistud.com.

We deliver the male – in this case, male genetics for leading pork producer operations across the Midwest. We commend Lannin Zoltenko and all those involved with Zoltenko Farms and Wildcat Blockchain for their innovation and entrepreneurship.

Lannin Zoltenko’s family had a unique opportunity to set up a boar stud farm that could help boost pork production. That boar stud farm has grown to become one of the leaders in the Midwest. Zoltenko and his family have also diversified into bitcoin mining.